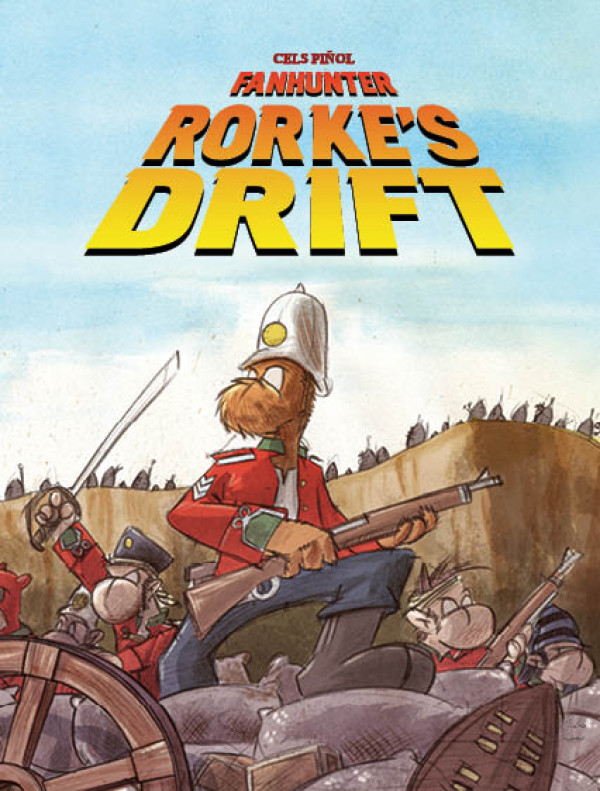 The Anglo-Zulu War has broken out.

The British army has just suffered its first defeat in Africa. After slaughtering the British troops at the Battle of Isandlwana, thousands of Zulus march towards the English colony of Natal.

Zulus… or something very much like them. Something DEAD...

But in their way stands a small detachment of a hundred soldiers commanded by Lieutenant Ridli Scott Bromhead who, despite making a terrible discovery about what is falling upon them, rejects leaving his post. He will defend the last resort of Rorke's Drift at all costs.

This edition reboots one of the Age of Alejo comic-books best remembered by the readers, who chose it through the social networks as their favourite story to have a remake as part of the celebration of the 25th Anniversary of the Fanhunter Saga.

Referential humour, historical inspiration, apocryphal uchronias, survival horror and epic-decadent steampunk are some of the ingredients of this super production, that also marks the end of an era…

This is a story from the past, but in the future, Fanhunter is set in Europe, where a tyrant has conquered the entire continent using an army of cyborgs and clones, the Fanhunters and the Macutes, who now seek to extend his power over the rest of the world.

In order to stop the people from rebelling against him, the almost inmortal Alejo Crow, the unhinged but charismatic villain of the saga, has decided to subject them to tedium, boredom, monotony in order to render them completely apathetic. To achieve this he has forbidden all expression of leisure, culture and subculture, everything thing that is fun and everything that is cool.

But there is a group who fights for freedom. The Resistance is made up of every kind of reader, comic book geeks, music fanatics, movie buffs, video-gamers and other insurgents. They fight together to preserve all that has been prohibited: books, movies, board games and video games, music, TV series, theater, comic and everything else that makes life worth living.

The Resistance is an untrained, undisciplined militia but it is able to evade the troops of repression, the Fanhunters and the Macutes, by using everything they learned in their favorite stories.