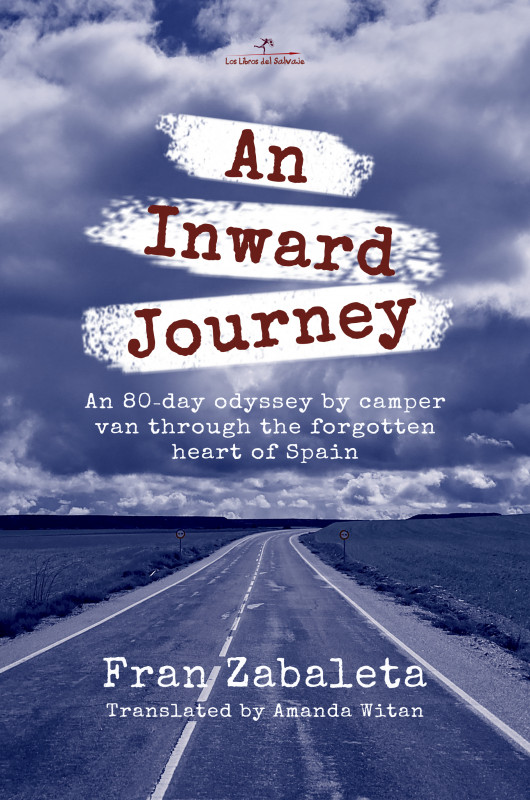 THE STORY OF AN EXTRAORDINARY JOURNEY BY CAMPER VAN THROUGH THE FORGOTTEN HEART OF SPAIN.

Do I really know my own country?

That's what I asked myself a year ago ... and the answer surprised me. Yes, I had been to many locations. I was very familiar with the outer edges of the peninsula, but the interior was a huge black hole pierced here and there by the lights of some city.

So I set out to remedy it.

I bought a van adapted as a home and I went to explore the interior of Spain. For eighty days I visited villages, castles, natural parks and archaeological sites, talked with people, researched a thousand stories and looked out into a world that was curiously familiar and, at the same time, completely unknown.

The result is in your hands: an approach to the history, geography and present day realities of a country which is much larger, richer and more complex than we were ever told. A country that overflows with a rich heritage and an archaeological, historical and cultural wealth, full of amazing nooks and crannies, but also depopulated and lonely. A deeply beautiful country that is truly worth the effort of exploring in depth, getting lost in its innermost recesses and diving into its extraordinary past.

Will you come with me on a voyage through this forgotten Spain?

I have worked as a writer, editor and scriptwriter for documentaries and as a text editor with publishers such as Anaya, Santillana or Grazalema, among others. As a filmmaker, I have been making documentaries for institutions, companies and television for more than twenty years.

I have also adapted classics of universal literature for young people and I am the author of reference works such as 99 libros para ser más culto or The Historyteller, the historical novels La cruz de ceniza, Medievalario or En tiempo de halcones and the contemporary novel Lo extraordinario.

An Inward Journey is the result of an extraordinary voyage in a campervan through the interior of Spain.